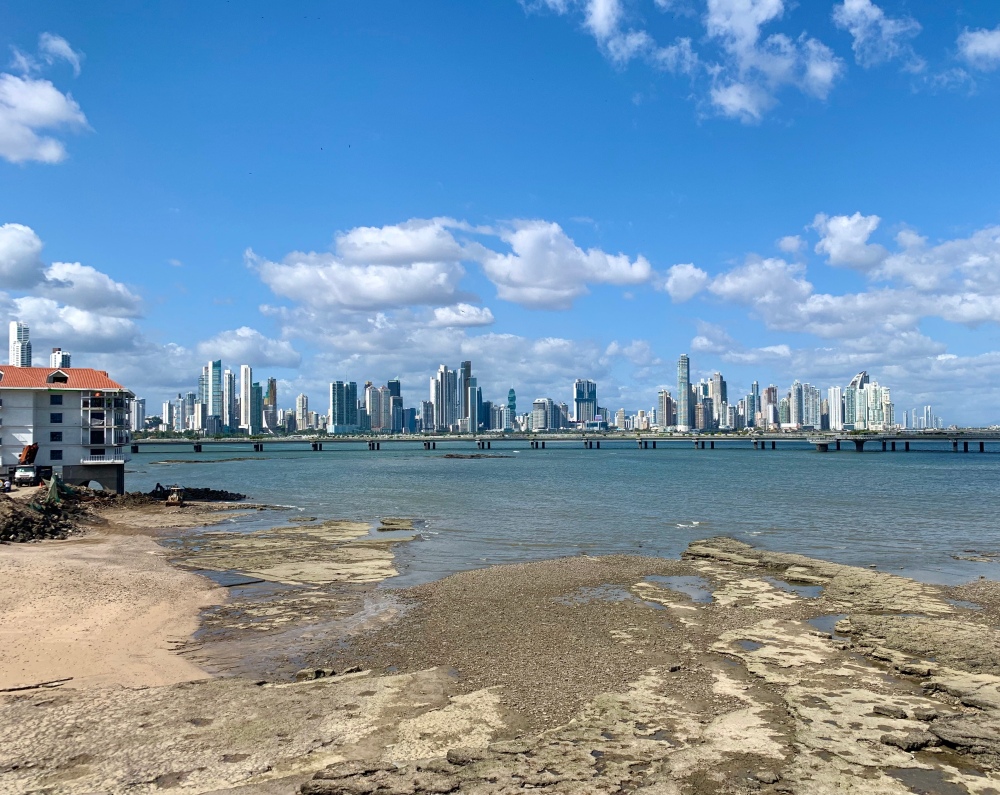 Our trip to Panama didn’t come about like many of our other adventures. Generally, we’ve traveled to sought-after destinations in Europe and the Caribbean which are relatively well known. We always try to make our travel experiences unique and cultural, but we rarely get the opportunity to blaze undiscovered trails. Panama is not somewhere that ever came up on my radar before. It isn’t a place commonly found on the “Top 10 Places You Must Go This Year” lists. In fact, I didn’t know anyone else who had vacationed in Panama. One day, while scrolling through random photos of idyllic beach scenes from my couch, I stumbled upon incredible images from Panama, so my interest was sparked and I began Googling.

With such precious and limited travel time, a place has to be pretty special to warrant a trip on its own. I wasn’t sure if Panama had quite enough to offer to make it a destination in itself, but as I began to research, I realized I was so wrong. As I began to understand just how much this Central American country had to offer, I found myself asking myself, “how is this not one of the #1 travel destinations in the world?”  It was the easiest decision we ever made to escape to Panama, the only tough part was deciding just how we would fit all of this country into two weeks.

After 12 days in Panama, I came home sun-kissed, invigorated, and in complete adoration of Panama. It wasn’t just a place with a lot to offer, it truly had a bit of everything – from a vibrant and modern city center to untouched tropical beaches, wild backpacker party islands, and dense rainforest bursting with life. Because of the geographic location, the weather is sunny and temperate most of the year, with a breeze coming off the Caribbean and keeping it an ideal temperature. Natural wonders aside, Panama was also a place that was attainable for a lot of practical reasons as well. The national currency is US dollar, it was a 4 hour flight from our home in Tampa, it was well-developed with easy transportation options, and full of eco-touristic excursions and friendly people eager to show us their country, and it was very safe. We spent almost two blissful weeks in Panama, and retuned feeling like we had only just scratched the surface. While we both resolved that this will undoubtedly be of one of the few places we return to over and over again, we felt that we had made the most of our time and gotten to experience some of the best that Panama had to offer. Because so many of our friends have asked out this trip, I plan to post our itinerary with links to our accommodations, excursions, and favorite restaurants. For now, I want to share the essence of our trip and the highlights of our favorite regions we visited. I can only hope that the photos do some justice to a place that is an absolute paradise!

Panama City is the capital of the country, and where you will most likely fly into if you ever visit. We arrived in the middle of the night, but as the plane flew over the skyline, I was immediately taken aback by just how large it was. The city was dense with huge buildings, and I came to learn that it is third only to New York and Chicago in the number of skyscrapers. As a financial capital and haven for offshore accounts, the revenue brought in by banking has allowed for incredible growth, great infrastructure, and beautiful architecture in this city. It was reminiscent of Miami, with towering white buildings with glass balconies and palm trees lining the streets. Despite the large number of hotels and apartment buildings, most of the structures in the city were (unsurprisingly) banks. Although the mere size of Panama City is impressive, it did not have the same chaotic vibe that you sometimes expect with large cities. It was never terribly busy, there were no traffic jams, horns or sirens, and the streets and sidewalks were well-manicured and clean. All of these factors made it very approachable to explore.

The city center was expansive, but relatively easy to navigate on foot. We also learned quickly that Ubers are extremely affordable in Panama, so walking is avoidable if you so chose. The city is home to every major hotel chain you can imagine, which were available at much cheaper rates than their counterparts in the states. Thanks to the Bonvoy points I have accrued with work travel, we departed from our normal Airbnb routine while in the city and stayed at JW Marriot, AC Marriot, and the W Hotels during our time there. The hotels each boasted lavish infinity rooftop pools and bars with incredible views of the city. We spent our first days exploring the city, checking out the multiple casinos, and sipping cocktails from a bar atop the Hard Rock, which sat 64 stories high. From the top of the skyline, we had a birds eye view of just how enormous Panama City was, with glimmering lights pressed against the contrast of the night sky and the sea beyond.

Our time in the city was more relaxing and lavish, and less adventurous than our normal routine, but it was a nice way to break up the rigor of the rest of the trip. Because we traveled from one side of the country to the other, we found ourselves back in the city 3 times. Panama City was a beautiful and metropolitan city, but aside from that there is nothing incredibly notable about it, which brings us to our next location, Casco Viejo, the old city across the water from its modern counterpart, which had all of the culture, history, and quick that the city was lacking. 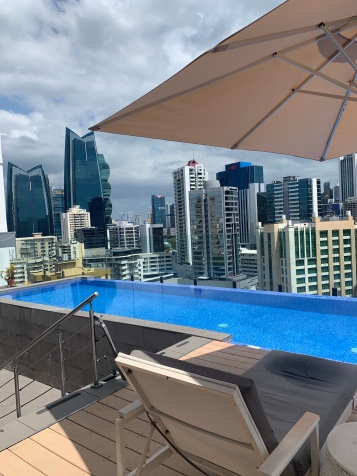 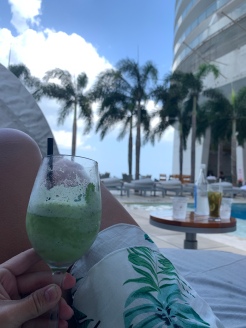 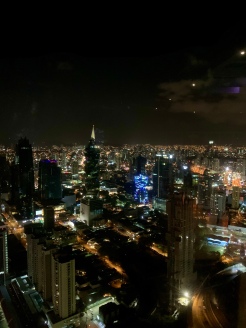 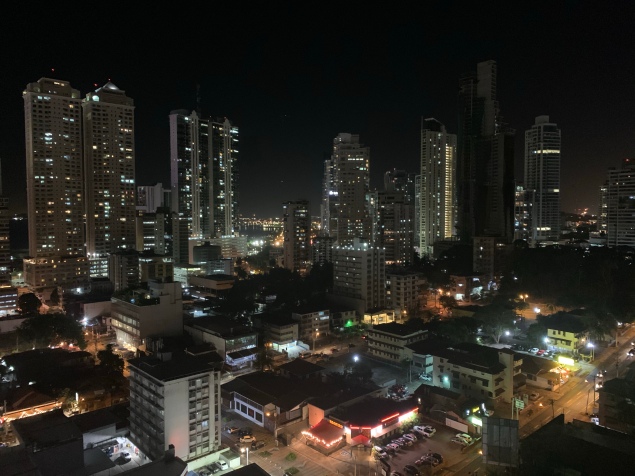 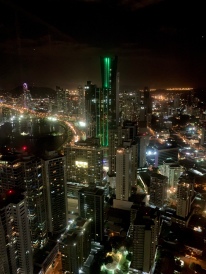 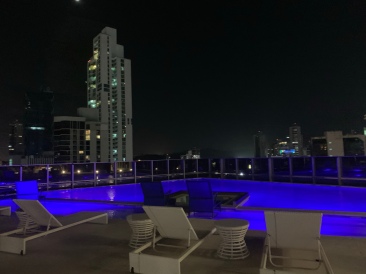 Just a 5-10 minute drive away and across the bay from the cosmopolitan lies Casco Viejo, the ancient city that is truly the heart and spirit of the region. In stark contrast to the sterility of the banking district in the modern cityscape, Casco is an eclectic mix of old churches, colorful buildings, ruins, and vibrant street art and murals. The old city is trendy, with upscale lounges, coffee shops, and amazing concept restaurants. It became clear that his ancient district has recently been re-vamped and re-developed to cater to a younger and more worldy demographic – and we loved it!

Casco is a hub of nightlife, but during the day the pace is sleepy and relaxing. The best way to see the city by day is just to wander. We traversed up and down narrow and uneven cobblestone streets, stopping along the way at cafes that appealed to us. We lounged on leather couches in dimly lit bars sampling fights of the homemade rums from the region (and I’m sorry Cuba and PR…but they were the best rums we’ve had) and ate avocado toasts in trendy garden cafes playing deep house. When we weren’t snacking or drinking, we were marveling at the beautiful churches and ruins which could be found amidst busy streets. The city was settled in 1673, and then nearly totally decimated by pirates. It was later fortified and revived with the building of the Panama Canal, which it is geographically the closest to. We learned much of the history thanks to friendly locals who joined us in our wandering and explained the story of Casco while pointing things out.

We also took our time in Casco to “go to” the Panama Canal. The first question everyone asked when we mentioned Panama was whether we would be going to the canal, and they seemed disappointed when the answer was “no.” As a history buff, I recognize the huge significance of the canal, but with limited time, I didn’t feel that spending hours looking at slow moving locks would be a worthwhile endeavor. Luckily, we still got to glimpse at the passage that connected two sides of the world. Within Casco, there is an elevated walking path along the back corner of the town overlooking the water. From there, we could see the mass of ships waiting their turn to enter the canal and the bridges and locks that comprised the entrance. For us, that was good enough, and only took a breezy walk to accomplish.

As the sun began to set over Casco, we went on our own tour of each of the best rooftops the old city had to offer. Unlike the towering rooftops of the modern city, the smaller rooftops in the ancient city actually had a much better view- from the tops of the beautiful historic churches to the sea beyond and the massive shimmering skyline of Panama City on the other side. Each rooftop seemed to have even better ambiance than the last, some with art installations, some with DJs, some with dancers, and each with their own gourmet spread of tapas. We loved everything about the vibe of this city, which seemed to truly awaken as the night set in. If I ever have a vacation home in Panama City (which I now someday hope to), I can imagine spending many evenings in this section of town. Casco Viejo was rich with character, with a perfect marriage of history and modern flair.

We spent most of the first leg of our Panamanian adventure hopping between Panama City and Casco Viejo and floating through the day at a delightfully mellow pace. On our very first evening there, as we sat snacking on the most exquisites tapas from a private table alcove with the ancient city at our backs, the glowing skyline of the modern city at sunset ahead, and the Panama Canal at sea ahead on the horizon, I took it all in and found myself infatuated. I kept saying out loud, “this place is incredible.” Little did I know at that point, that although the city was fantastic, it didn’t even foreshadow just how amazing the country would turn out to be. From the Colombian border to The Costa Rican border, we next explored tropical islands and rainforest which were beyond all expectations. Check out our adventures in San Blas and Bocas Del Toro in the next blog to see what I mean! 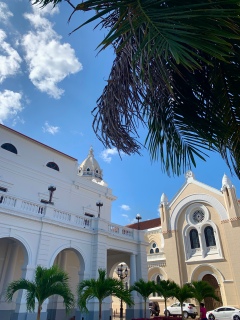 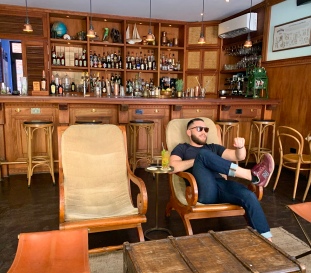 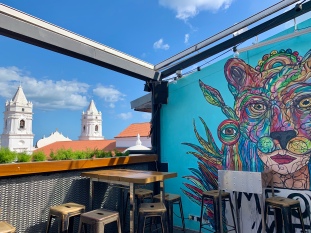 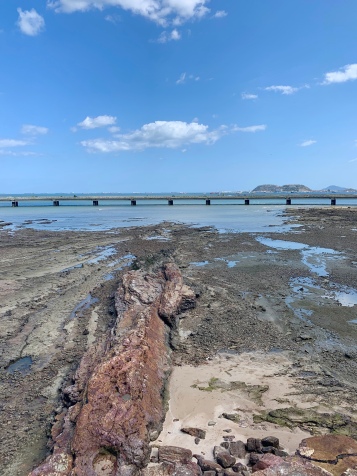 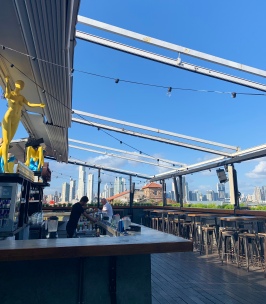 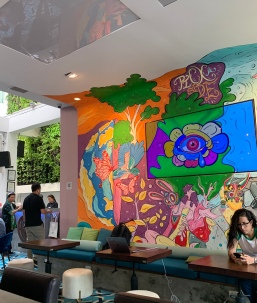 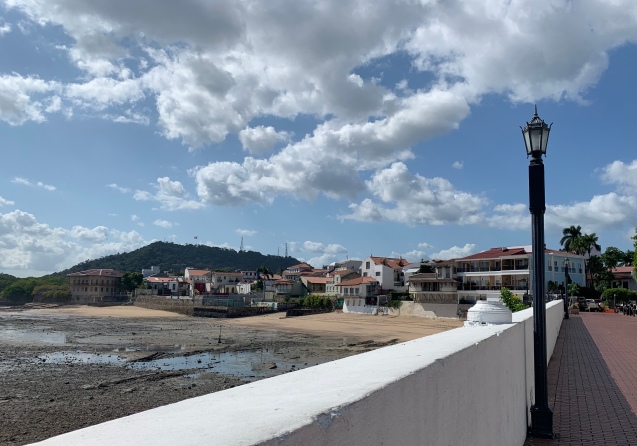