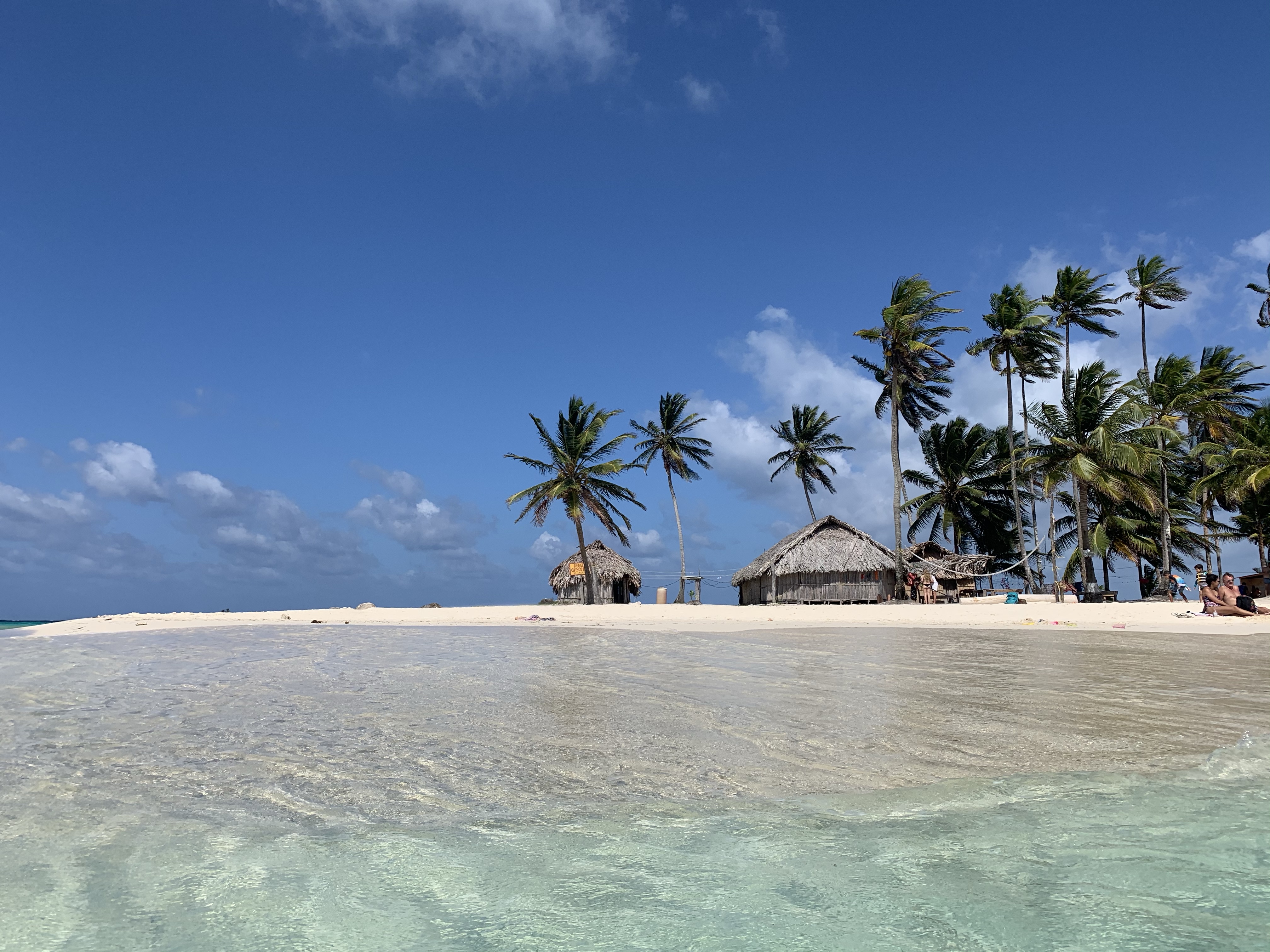 If you’ve ever caught yourself daydreaming of an idyllic tropical paradise virtually untouched by humans, the scene you’re imagining probably looks a lot like the San Blas Islands.

When we began planning our Panamanian adventure, the truth is, we almost skipped over San Blas. The tiny islands located between Panama and Colombia are so remote, it took a two hour Jeep convoy through steep and treacherous roads of the jungle, then a long boat ride just to arrive. It is no easy feat to get to San Blas, but some things are worth the effort, and I am so glad we made the journey. I can say with confidence that these islands now score among my favorite places on earth.

The San Blas Islands are comprised of 365 perfect little islands in the Caribbean Sea, collectively part of a Panamanian territory belonging to the Kuna indigenous community. The Kuna are very proud and protective of their islands (rightfully so), which is why we had to arrange an excursion well in advance with a native guide to get a permit to visit. We were able to select which island we wanted to sleep on and were permitted to bring one small backpack…the rest of the arrangements were left to them.

After a 5 a.m. pickup from Panama City, a rough drive through dilapidated roads in the jungle, and a soaked boat ride with waves pouring over the bow, we finally arrived at our island. Once I laid eyes on it, the entire journey to that point immediately felt extremely worthwhile. When I say that the scene was stunning, that description is a tragic understatement, because there aren’t sufficient adjectives in my vocabulary to truly describe how beautiful it is. The water was the clearest, glimmering turquoise which faded into a gradient of deep blue expanding out to the horizon. The island itself, not much larger than a football field, had white sand beaches and palm trees soaring into the sky, seemingly taking up every imaginable space the island had to give. Beneath the shade of the enormous palms were a few open air thatched huts, hammocks, and piles of coconuts.

We were led to a modest, but adorable open-air hut, which would be our home on the island. It was constructed of palm with crooked walls and dirt floors. There were no windows, no electricity, no bathroom, and no way for the door to latch shut. In all honesty, I’ve been camping in tents with more amenities that our hut, but as soon as I saw the bed covered in netting, heard the sound of the waves crashing outside, and felt the cool breeze blowing through the gaps in the walls of the hut…I was totally in love with it. After the opulence of Panama City, this part of our journey would prove that sometime the greatest luxury is serenity and nature, not necessarily the accommodation. 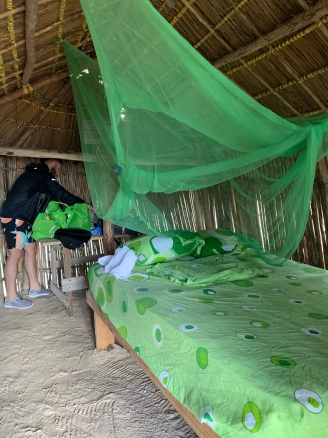 Once we had settled in, we took a walk around the island (which only takes a few minutes to walk the entire perimeter.) We found a swing strung up beneath a towering palm tree and swung over the water until our native guide blew a conch shell and called us over. As quickly as we had arrived and settled into the island, we left it behind as we set off into the open water. From any of the tiny islands in San Blas, you can see at least a half a dozen others from where you stand. The islands were all small, but varied in composition: some had lots of palm trees, some were bare, some had small huts or tiki bars, and some had no structures at all. We spent our day hopping from tiny island to island, each as spectacular as the last. No matter how small or primitive, each island had a place where Kuna would sell beers and waters to the beach goers who would visit. The islands were equipped with only the basics, but with natural beauty so spectacular, it was all we needed.

Over the course of our time island hopping, we lounged in hammocks over the water, napped in hammocks under the trees, and chatted in hammocks inside tiki bars. We actually came to learn the hammock-lounging is actually part of the wedding ritual for the Kuna people, so they obviously value the experience as much as we did. Everywhere we went, the vibes were so rustic and the only thing that mattered was finding a place to relax and avoid sunburn. Within a few hours, we totally lost track of time, or even what island we were on. We just relished in the tranquility and swam in the crystal waters until we heard a conch horn signaling us to get back to our boat and head off again to a new destination.

At one point, we were taken to a place called “the natural pool,” which was a sandbar in the middle of the sea, where a little white cap of pure sand beach erected from the azure waters. There was no land for as far as the eye could see, just a lone sandbar where you could sit in ankle deep water amidst the middle of the deep sea. It was unlike any sandbar I’ve ever seen back home in Florida. After walking around the natural pool and gazing upon the massive orange starfish in the shallow waters, we headed to one of our final islands. Little Dog (Pero Chico) was one of the only islands that I actually remembered the name of, because it had one very distinctive attribute – an two-hundred year old sunken Colombian warship which is now bursting with colorful coral and sea life as a wreckage reef. We snorkeled the reef, which was so well-preserved and abundant with vivid colored fish and sea urchins. 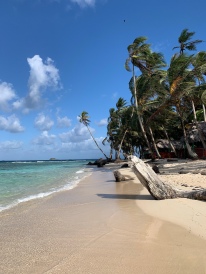 Our guide skillfully pulled his boat back to the dock of our home island to drop us off as the sun began sinking in the sky. As the color palate changed to a watercolor painting of sunset hues, I returned to my favorite swing and drifted back and forth in a blissful haze as Dani pushed me. The evenings in San Blas were a bit of delirium from so much sun exposure and utter exhaustion, but these combined with the incredible tranquil vibes of the island induced a lull that was so romantic. I cuddled up to my new fiancé and lavished in how perfect the experience was until the sun had totally tucked away.

At nightfall, we enjoyed meals beneath a larger thatched hut, accompanied by the few other young travelers who were staying in the other huts. Our meals were prepared and served by the family of Kuna who shared the island with us. Being a bit of a picky eater and not knowing what Panamanian natives eat, I packed plenty of meal bars in anticipation that I may not eat much. To my absolute shock, the food was incredible. In our time on the islands, we were served 3 meals a day of fresh fruits and veggies, chicken roasted over a fire, rice, beans, and other flavorful local selections. After our meals, we remained with the other couples to make a dent in the large inventory of beer the guides had left for us in coolers. The Kuna turned out to be the most gracious hosts, playing us music and making us bracelets that matched their traditional beaded attire.

In the the darkness, the island was illuminated only by the light of the moon (which was convenient due to the lack of electricity.) Far removed from any light pollution, the sky above glittered with visible stars and constellations. We stayed up late with our new friends drinking beneath the stars on the beach and night swimming. Although exhausted from days of sun and swimming, I fought off heavy eyelids to savor as much time as possible on the island. When it was finally time to turn in to bed, I could not believe how quickly and soundly I fell asleep. Something about sea breeze and sun makes for the best sleep, even in rustic quarters. After a great sleep, nothing was more satisfying than waking up to waves and walking directly out of bed and diving into the sea for a swim. I’m a bit of a coffee addict, but I must admit, being submerged in cool clear waters at dawn is much more rejuvenating than any latte and is the best way to start the day energized.

On our last day in San Blas, we opted to do… absolutely nothing. We sat beneath palms and drank rum filled coconuts chopped from the tree above and relished in the peaceful scenery. From the shorelines to the reefs, I could not get over how absolutely untouched everything was. On almost each stretch of beach, we were the first footprints to mark the sand. Each reef was so alive with coral it was as if it has never been disturbed by human presence. The water was the clearest and most blue I’ve ever seen, and the sand beneath was so soft it felt like velvet beneath bare feet. Every aspect of every island was the definition of sheer tropical oasis.

As our time at San Blas was coming to an end, our only regret was not having more time. We had such an incredible and intimate experience in the pristine natural elysium that so few get to enjoy, and we were sad to leave it behind. It turned out to best the best kept secret of the Caribbean, and a place we will always treasure. As we bobbed around in the boat ride back watching our island grow smaller and smaller until it disappeared in the  horizon, we overcame the sadness by promising ourselves to come back soon. San Blas will now be the place I escape to in my mind whenever I dream about paradise, until the next time we grace her shores. 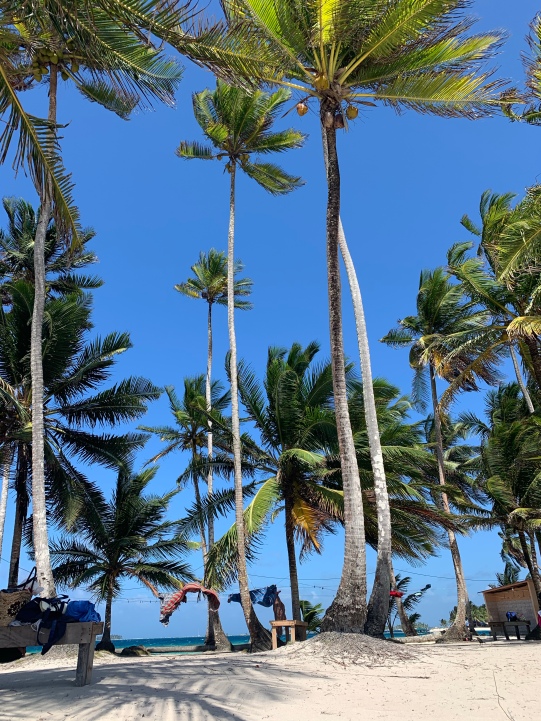 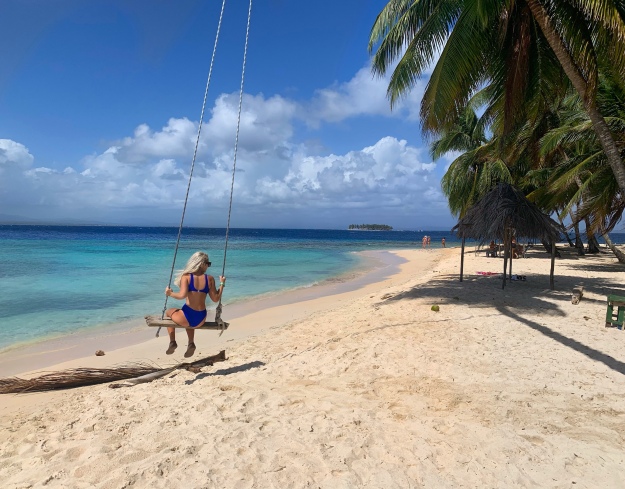 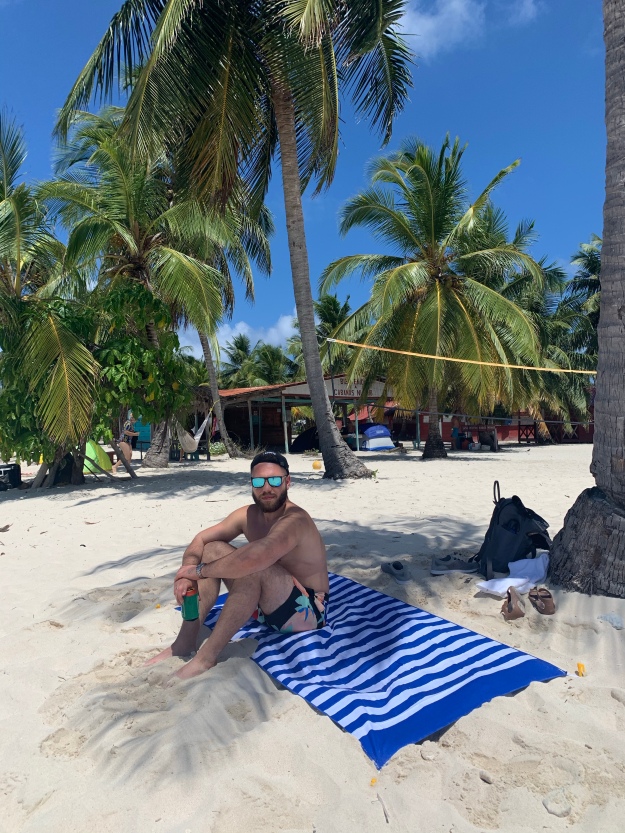 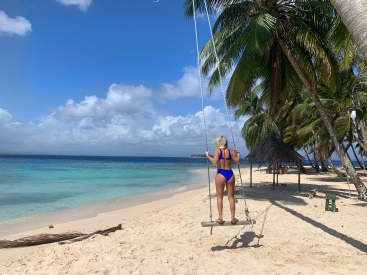 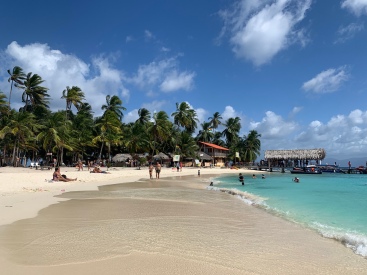 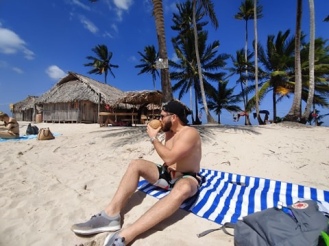 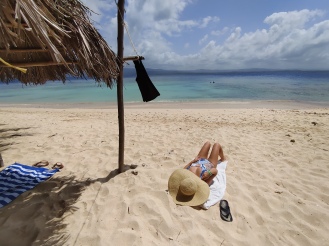 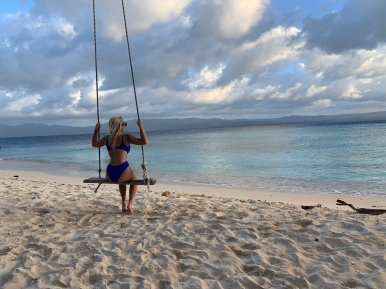 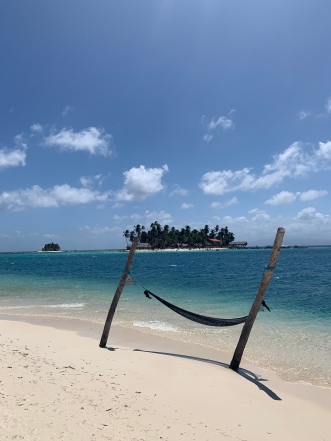 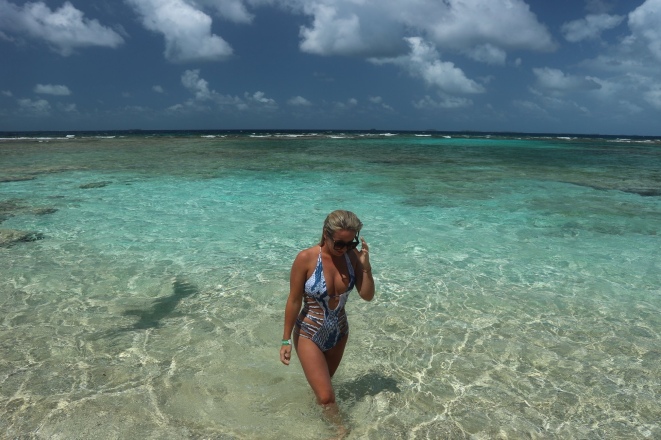