Its a common euphemism that you find beauty in the most unexpected places, and Budapest certainly proved that to be true. It’s not that I didnt expect Budapest to be nice, its just not somewhere thats ever been on the top of my travel list. After just a few days, the vibrant culture and history has put it high on the rankings of my favorite cities.

My first delight with this city was that the loft apartment we rented (for a really reasonable rate) was unbelievable. It was nestled in one of the most hip and artsy local neighborhoods, close to everything in the city center. Our building was extremely old, but the loft was so modern and beautifully renovated, with a wrap-around porch that allowed us to sit outside and watch Budapest come to life from our balcony with a glass of wine.

On our first night exploring the eclectic local bars, I discovered my next pleasant surprise – this country is so incredibly affordable. The currency itself is a bit of a pain, so I almost never knew exactly how much I was paying for things with the conversion, but I know on several occasions I had a lovely glass of Rose for about $1USD.

We spent the next days doing marathons of sightseeing, and when I say marathon – I mean it. We calculated that we walked at least 10 miles per day. Budapest (which we were quickly corrected by locals to be pronounced Buda*pesht) is a city split in two parts by the Danube River. The two sections, called Buda and Pest, have distinctive characteristics. We climbed to the top of Buda, the wealthy district, which is laid of upon a steep hill. At the top, I was stunned by the quaint village surrounded by castles on all sides (it is worthy of its title, “the Castle District.”) The Buda Castle, which is now the national museum of Hungary, had many places to sit and admire the view. This area was also home to St Mattias Church – my favorite spot in Buda. The neo-Gothic style of the church, adorned with colorful tiles, was something straight out of a story book.

The church is surrounded by smaller castles that boarder the grounds – and we accidentally discovered that the castles on the edge of the hill had little bars with panoramic views tucked into them. There were a good amount of tourists nearby, but the bars were so tucked away, they were empty. We went to two cliffside castle bars on different days, and on one afternoon we were literally the only people there for at least two hours. It was absolutely surreal to sip wine from the terrace of an actual castle, enjoying the breeze and clear skies while looking out over the river and the city all by our selves. Maybe it was the altitude, or the wine, or the fact that we were in a castle, but I felt like royalty there.
We crossed the boat from Buda to Pest a half dozen times before settling in Pest, where our apartment was located. Pest has gems of its own, namely the Parliament building, St Stephans church, the synagogue and the colorful Jewish quarter.

The Parliament is a sprawling palace on the bank of the river, also in the neo-gothic architecture style I love. There was so much detail in building we could not look away. We spent an entire afternoon lounging on benches and ledges throughout the grounds, catching the marvels of the building from different angles. We also had to make the trek down the river at night, which turned out to be well worth the late-night journey. The building was spectacularly lit and surrounded by hoards of bats (which sounds creepy, but was actually beautiful.)

St. Stephans church was also a sight that required multiple visits. It was impressive from the outside, and even moreso on the inside, which was drenched in gold and stained glass, housed by a massive dome. After countless steps up spiral staircases, we also climbed on top of the dome of the church, which is the tallest structure in Pest and had incredible 360 degree panoramic views of the city. We timed out hike to the top to correspond with the sunset, which made the view even more breathtaking.

Also in Pest was the largest synagogue in Europe. One of my favorite parts about Budapest was the rich history – but much of Budapest’s history is dark and tragic. Hungary was occupied by the Nazis in WWII, and Budapest had the largest death toll of Jews in the area. While this portion of sighseeing was a bit somber, learning about it and seeing the memorials in the site where it all happened was important and moving. After the war, Hungary was also occupied by the Soviets (they had a really bad habit of picking the wrong side.) Large monuments celebrating Soviet Russia and memorial monuments mourning the holocaust can be found throughout the city.

All of this walking, admiring and learning worked up an appetite. Luckily, Hungarian food was really tasty! Although their signature food is good, Hungarians have a fixation on American cuisine. I have never seen so many burger restaurants in my life, even in the locals-only areas. But we made it a point to avoid familiar food, and enjoyed authentic dishes like goulash, soups, pastries. A traditional street food called Langos was my favorite – a fried piece of pizza dough, slathered in crushed garlic and topped with sour cream and shredded mozzarella cheese. I don’t even want to think about how many calories they had, but each bite was heavenly, and worth every pound I probably gained. The only downside to Hungarian delicacies were that almost everything had pork in it (or was prepared with pork fat.) Since Dani cannot eat pork, I felt guilty devouring it all while he was left with such small selections of the menu.

In addition to the decadent food, Hungarians really like to party. Sidewalk cafes and bars are filled with social drinkers from every demographic til all hours, every day. They even allow their most historic Turkish bathhouse to be used for a monthly rave-style party. (There are many turkish spas remaining since the period that Budapest was occupied by Turks.) It just so happened that the spa party fell on the dates we were in town, and being the avid lover of bath houses (and festivals) that we are, we decided to go for it. We arrived to thousands of people our age and bountiful drinks. The caliber of production, from the lasers to the Djs to the blow up glowing bars, was impressive. We soaked in warm mineral water bubbling from underground and danced until 3am. It was such an unique experience, and it was probably the first time in my life I woke up after a night out feeling refreshed with baby soft skin.

With a perfect mix of historical monuments, quirky local cafes, castles,  naps in city square parks, and walks along the river at night, we had gotten a taste of Hungary. Budapest was laid back, charming, and full of pleasant surprises. It was with a tinge of sadness that I packed up the apartment to continue on to the next destination, but I have a feeling – this won’t be my last adventure in Budapest. 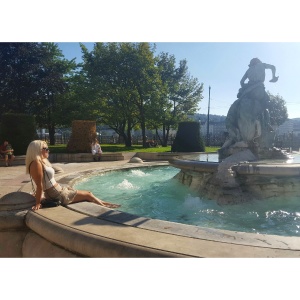 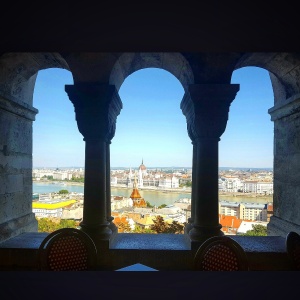 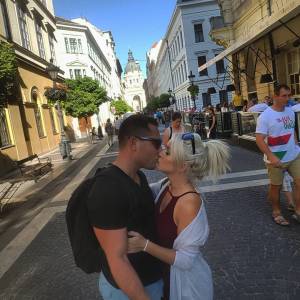 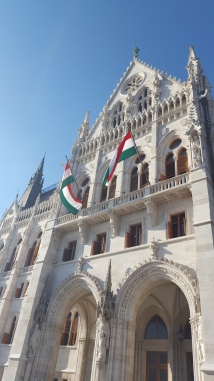 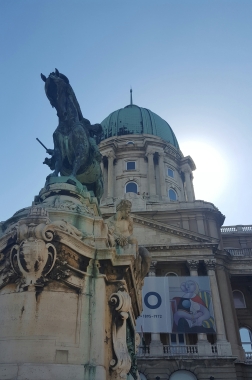 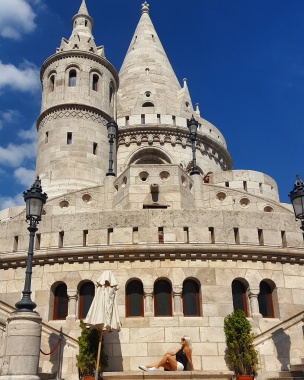